In case you’re wondering, to the right of the Barred Rock’s leg is a half-eaten pear. 😅 I had just finished shoveling five feet of snow out of the the frame of the chicken run, due to the snow drifts, and at the bottom? A pear! 🍐

The extreme arctic blast is coming! Head for the tropics! But leave the chickens behind because they prefer the cold much more than the heat. As humans, our natural inclination is to want to bundle them up and keep them warm. This will in fact cause more harm than good.

Here are the four ways I prepare my chickens for dangerous temperatures.

They will also huddle close to other chickens so make sure you have at least three, but even better, four chickens or more in your flock. This is important especially if you live in a colder climate.

You will be tempted, but a heat source isn’t necessary. On the coldest day it got down to -33ºF and my chickens were still out of the coop and running around the chicken run.

MAKE SURE THEY HAVE VENTILATION

I have read where people recommend sealing up the coop at night OR more in the winter OR to ensure they’re free from drafts. The only time my chickens had frost-bitten combs was when they didn’t have enough ventilation.

My first coop was built based on the open-air model and was built with plenty of ventilation. Or so I thought. It STILL wasn’t enough. This should give you a good idea of how much open air they really need.

They now have a huge opening covered in chicken wire above where they perch and another smaller opening near the bottom of the coop. This allows for plenty of circulation.

So be sure to have a large opening at the highest point in your coop and another opening near the bottom, away from the perches. Yes, there will be drafts but they won’t be directly blowing at the chickens. A sealed coop is dangerous for the chickens, not fresh air.

If your area has snow in the winter likes ours, make sure to keep the run shoveled and layered with litter material. I usually use wood chips but if you don’t have access to them this time of year, you can use straw, pine needles right off the tree, any type of mulch, compost or anything else that will raise them off the snow.

In my chicken run I have a shelter where the chickens are protected from the snow or rain. This is also where I put their feed. We put the water near the gate since the elements won’t bother it and it’s easily accessible for us.

To make sure they have motivation to get out of the coop, put their feed and water out in the chicken run. So unless it’s lower than -20ºF, leave both outside. Because of this, I’ve never had a problem with my chickens not wanting to leave the coop.

And because I’ve been asked this question many times, no I do not ferment the feed in the winter. 😊 It freezes to solid rock. We know this because we’ve had days where it starts off at about 40ºF and overnight it gets down to 20ºF.

We don’t have a heated water dish so we keep it right near the gate. This way it’s easily accessible so that we can change it frequently throughout the day. And when it’s below freezing, you will want to change the water at least twice a day. But on the -33ºF we changed it every three hours and kept it in the coop.

Eggs will freeze very fast too so when you get out there to change the water, be sure to check to see if any eggs have been laid. And yes, chickens will lay in negative temperatures.

And that’s it! If you have excellent ventilation and a full feed dish, the only thing you need to remember is to change out their water about every three hours. I hope you’ve found this helpful and if you have any more question, please let me know! Thank you for stopping by! 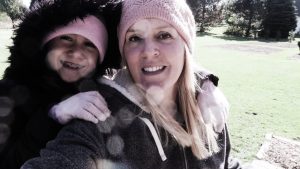 Tour Of My Backyard Homestead 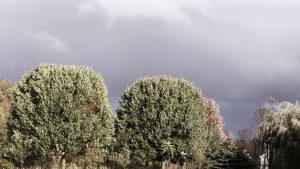 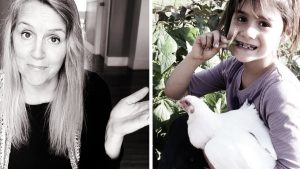